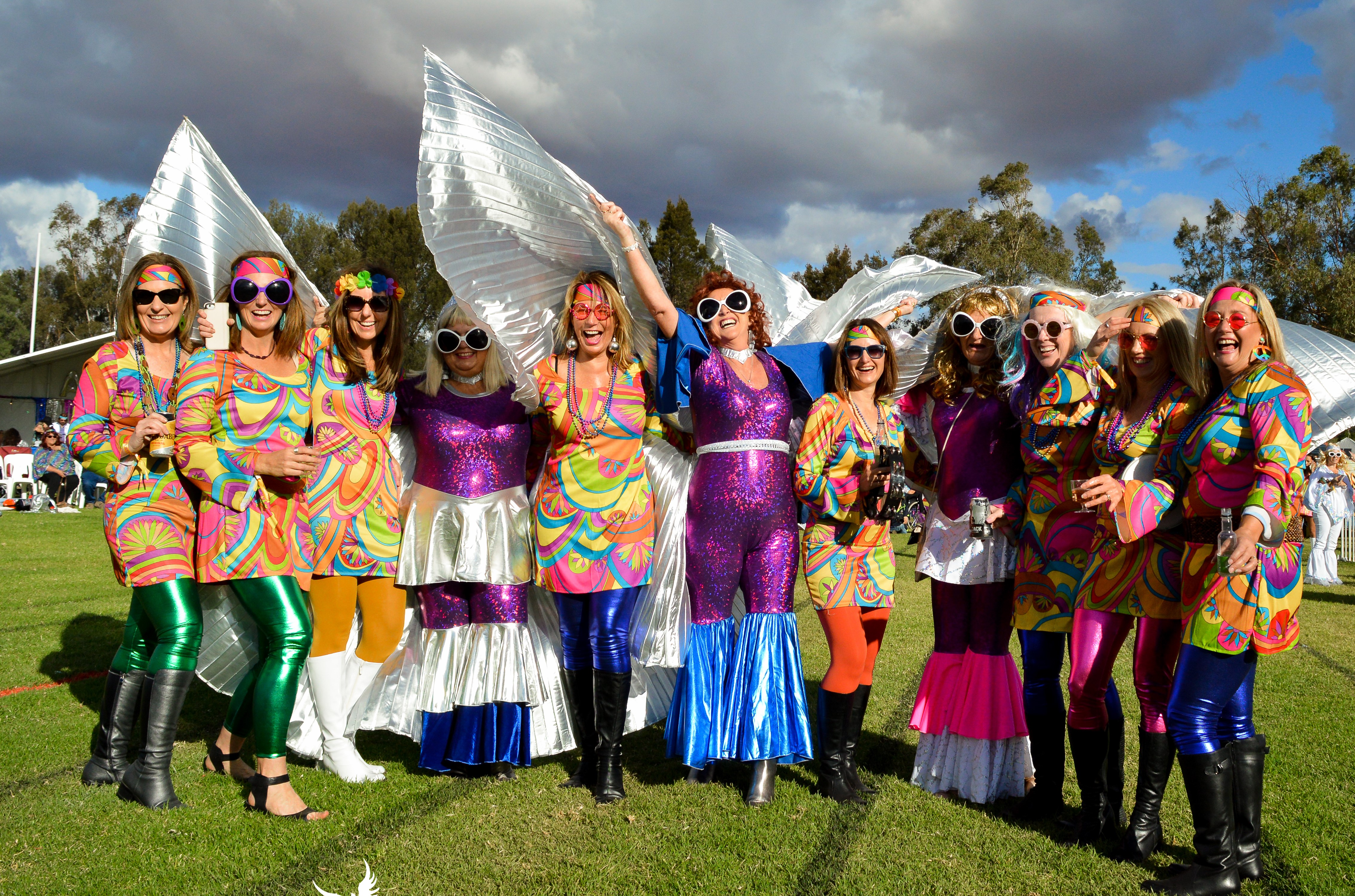 The small town of Trundle transformed into a paradise of white boots, glittering hotpants, platform shoes, sequined jumpsuits, ponchos, retro hippie outfits and colourful psychedelic dresses as thousands of ABBA fans sang in unison ‘Thank you for the music’.

More than 5,000 people came from every state in Australia, and even as far as the UK, South Africa and New Zealand for ‘the time of their lives’, and they were not disappointed.

“This is the happiest place in the world,” said one fan on Facebook. “If you have ever thought to come here, don’t put it off.

Other glowing responses include: “We love you Trundle”, “It was a fabulous day, thank you Trundle!”, “First time and what a great time it was!”

Festival Organiser Pete Docwra said the highlight for him was seeing everyone having a great time. “We could not have hoped for more than that.”

Pete also thanked Trundle residents and the Parkes Shire Council for all the support in making the event such a success.

A major positive spin-off of the event is the economic benefit to the towns of Trundle, Parkes, Forbes and Condobolin. Pete said the region received a boost of about $1.3 million.

Parkes Shire Mayor, Ken Keith, who donned his signature Benny outfit, thanked the crowd as he welcomed everyone to the festival and said their support meant a lot to the community during one of the worst droughts ever in the region.

The Mayor and three representatives from the Swedish Embassy in Canberra helped to hand over the prizes for the popular Fashions of the Festival that include the Celia Vild Memorial Trophy. This year it went to a group from Melbourne who attended for the first time.

But it was the 85-year-old Margaret from Adelaide who enthused the crowd with her spirit and love of life. She won the individual Fashions of the Festival prize, and stood right in front of the stage singing and dancing as the world famous tribute band Bjorn Again served up all the ABBA favourites.

The band, who returns to Trundle every year, glowed with pleasure as they let the massive, colourful crowd take over the singing.

The entertainment line-up included five other acts this year, with the popular Parkes group Amitie energising the crowd to channel their inner ‘dancing queens’.

With ‘absolutely overwhelming positive feedback’ to the organisers, all that is left to say is: “Mamma Mia it was fABBAlous!”