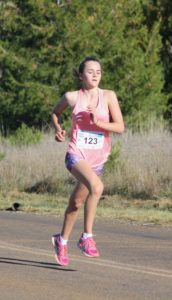 Youth proved to be a winner at the fourth Rotary Fun Run on Sunday with young runners taking all the shine.

Fourteen-year-old Monique Morgan was the overall winner of the 5km race, while two more young runners took up the sec- ond and third sports in the men’s 5km event. Another 14-year-old Liam Tory came second and Philip Howard, only ten years old, surprised with the third spot.

With last year’s record breaking Olympian winner Scott Westcott not competing, the field was wide open and Monique became the first female to be the overall winner. Her time of 22:03 was well off Scott’s record of 15:10.50 he set last year.

The kids 2km race once again proved popular, although entries were down from last year. Spencer Draper and Sam Airey were first of the 72 entrants to finish with Isaac White and Paddy Williams in sec- ond and third respectively. The first girl over the finish line was Sharlia White fol- lowed by Tia Dunn and Ruby Smith.

A total of 187 athletes took part in the three events in beautiful autumn weather. 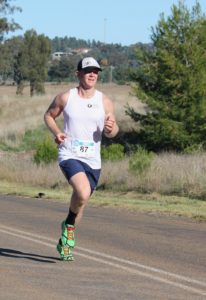