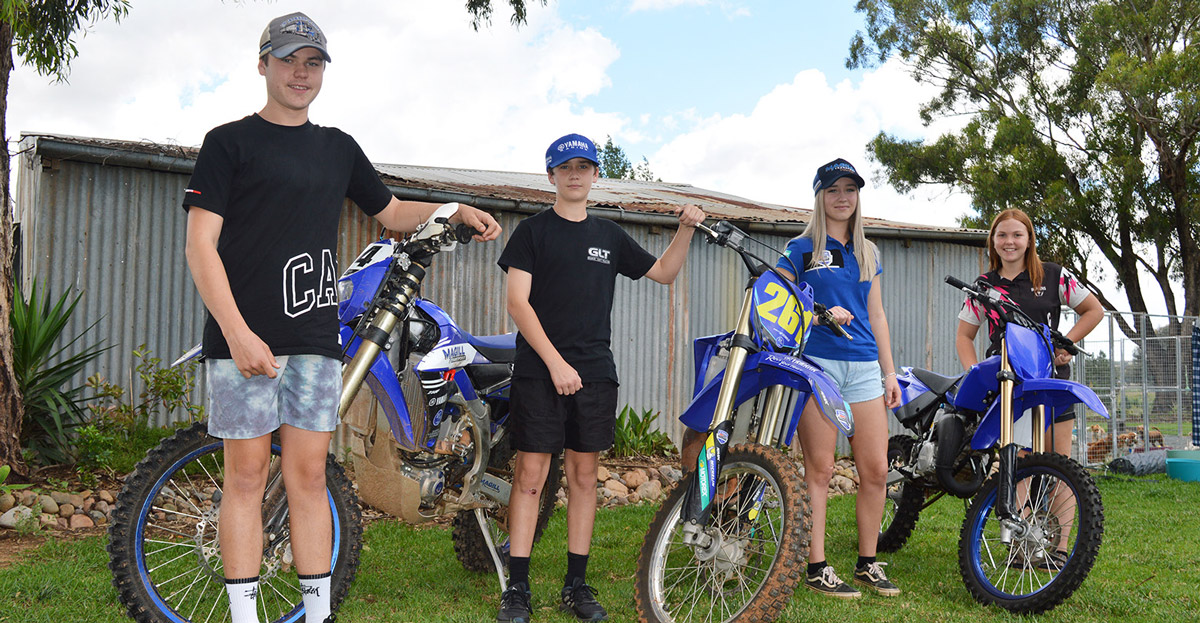 The Parkes students who compete at the top level in endurance riding are (L-R) Luke Chellas (16), Dylan McDonald (13), Danielle McDonald (14) and Jade Chellas (13).

Four young Parkes students are making a name for themselves on the endurance motorcycle track pocketing state titles in the championship event.

The two pairs of siblings of Luke (16) and Jade (13) Chellas, and Danielle (14) and Dylan McDonald (13) competed over six rounds in the NSW Endurance Motorcycle Championships.

Luke won the under 16 boys and overall title, while Danielle won the girls title. Dylan was the winner of the 85cc boys event, and Jade came second in the girls event on count back.

They competed at three venues at Gresford, Appin and Tarcutta that included a wide variation of terrain and conditions with the Parkes locals adapting their many talents and riding skills to come out on top.

Parkes mechanic Foodge Burrell said the team had been training hard and really stepped it up this year with hard fought battles in very trying conditions. It rained at Tarcutta and vehicles had to be towed into the venue.

“It’s a shame COVID put a stop to the Australian off-road series as I’m sure we would have had a couple of Australian champions in Parkes,” Foodge said.

Danielle, who rides for Yamaha, won the Australian title for girls 12 – 16 last year. “When she competes with the boys she usually end in the top 9,” said Foodge. “I love the adrenaline and beating the boys,” said Danielle, who has been riding motorbikes since she was 2.

Luke is looking forward to be competing in the senior event from next year.

Foodge said the sport was getting more competitive with over 200 participants at competitions. “That is why they’ve started to include separate events for the girls. They used to compete in the same races as the boys.”