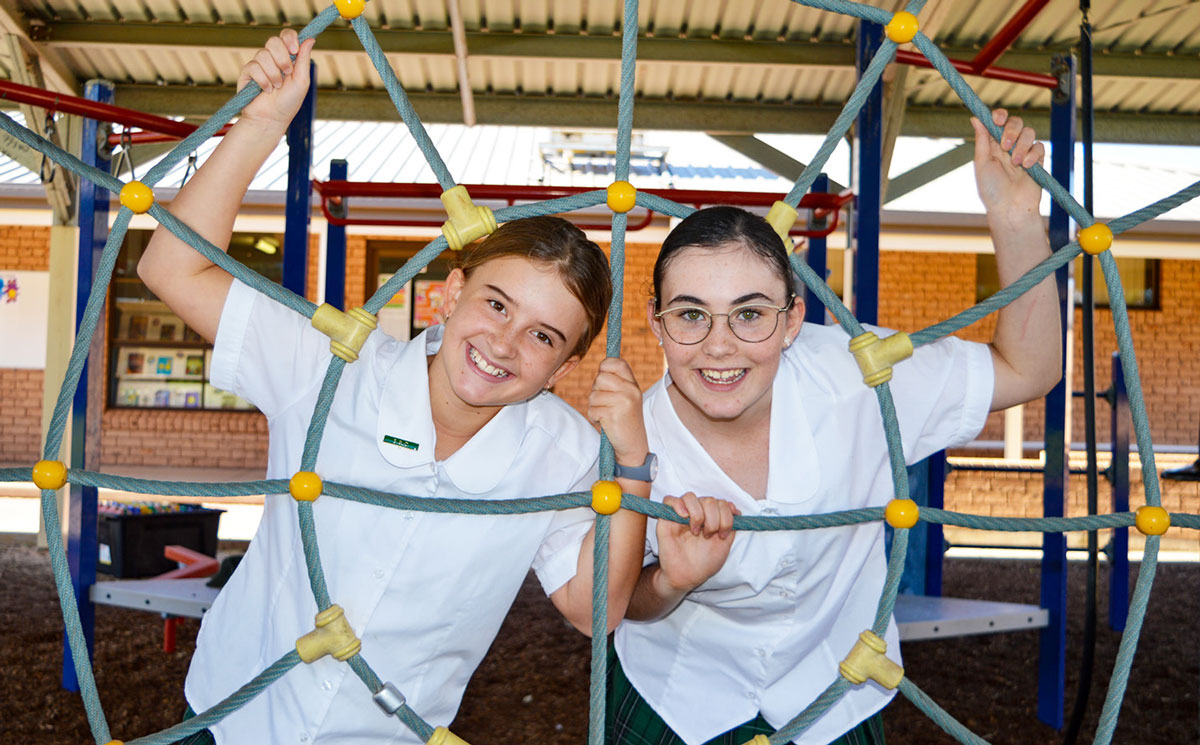 Lexi Herden and Aimee Ross from Parkes Christian School are ready to share the stage with Australia’s biggest stars in
Overture after being successful with their auditions as soloists.

Sharing the stage with Australia’s celebrity artists in your home town is a once in a lifetime opportunity, and the two junior soloists in Overture are super excited for the 2nd of April.

The two Parkes Christian School students might only be 12 and 13 years in age, but Lexi Herden and Aimee Ross are ready for the challenge of performing on the big stage and would like to see the whole community come out and support them on this unforgettable night.

Lexi will be singing ‘When I grow up’ from the musical Matilda. “I will sing two verses and then the choir will join in,” said the young star who has only had two solo roles before in her life.

Aimee will be singing ‘I know it’s today’ from Shrek with Australian superstar Lucy Durack and Holly Hare from Bathurst. Aimee sings the part of little Fiona, Holly is young Fiona and Lucy is adult Fiona.

The two students had to do an audition at the end of last year and are the only two school-aged soloists chosen from auditioneers from all across NSW.

“My mum took a video when I got the good news,” said Aimee. “I was ecstatic! I really wanted it,” said the young star who has been in several Parkes M & D productions.

Lexi said she did not really understand how big a deal it was until her mum explained. “I got really excited, but I’m also feeling a bit nervous about performing in front of such a big audience.”

She would love to become a professional in musical theatre one day, and can’t wait to meet Lucy Durack and talk to her about

what it takes to get to the top.

“It would be amazing to meet Lucy and perform with her on stage,” said Aimee, who also have a passion for law and politics and becoming a lawyer.

The two students will conclude their preparation with a singing lesson with the other big star of Overture, Josh Piterman shortly before the big night.