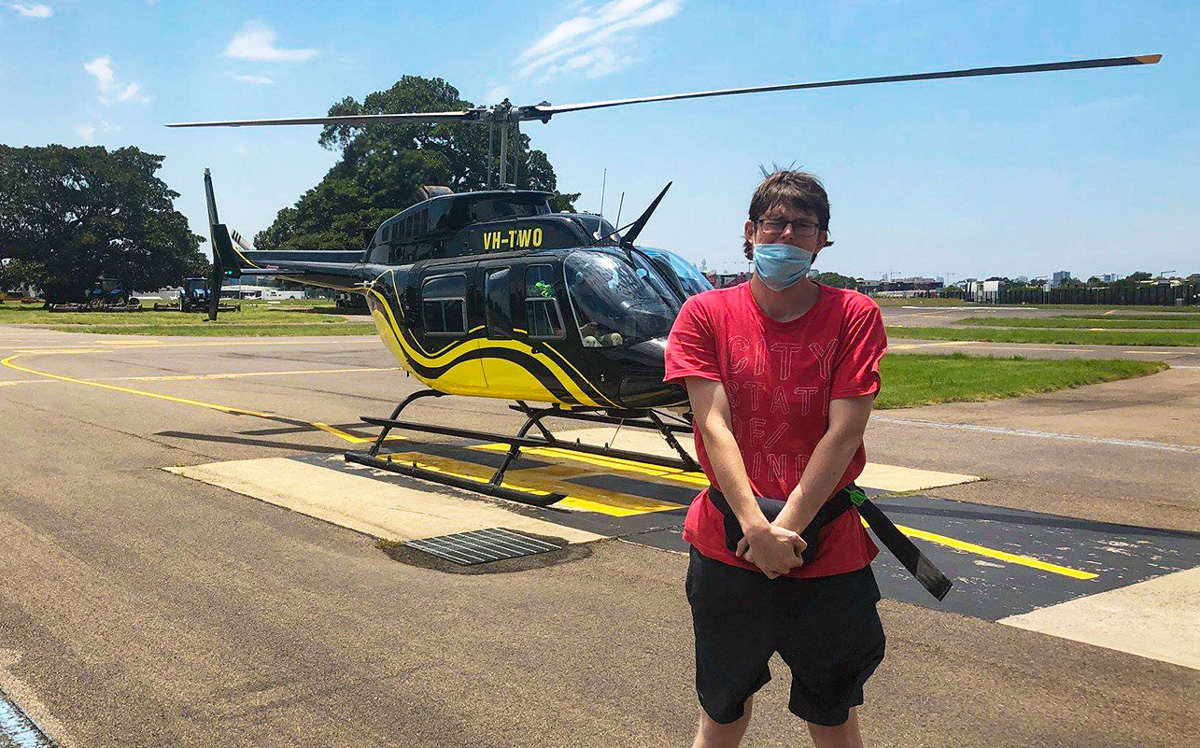 After a kidney transplant Zackhary Gadsby received a second chance at life and he is making the most of every day, and enjoying surprises like going on a helicopter flight.

In March 2015 my son Zackhary Gadsby went to the doctor with a rash and came out with a rare double kidney disease –one in 50,000 people get it.

We were told to be prepared for the worst, but we weren’t ready for what came next. He needed a transplant after three years, went on dialysis, had a fistula operation, there were multiple 000 calls, and we almost lost him a few times due to infections.

We received a call on 10th December 2018 with the news that a 19-year-old from Sydney had passed away. If his family had not donated his organs my son would not be alive today.

It was the most amazing Christmas gift any family could have hoped for. After a gruelling seven-hour operation, my son made it through as the donor was a 100% match.

We had to stay for four weeks in Westmead away from family and friends, but lots of phone calls, and the amazing care from Westmead helped us stay strong.

He is now living on medication, and we make the most of every day as not knowing when this disease could take my son away from me is a mother’s worst nightmare.

Spending time together is precious, like when Zackhary went on a surprise helicopter ride. Just to see the smile on his face was fantastic, but when he got to sit up front with the pilot I was overcome with tears of joy.

He now has a second chance at life, and being a teenager, he is making the most of this chance. My message to everyone is to never take life for granted and to make the most of every day. Love those around you, never stay angry at others because one day it might be too late.

We could not have done this without my partner Wayne Mills, our family and our friends in Parkes. We will be grateful forever for your support.