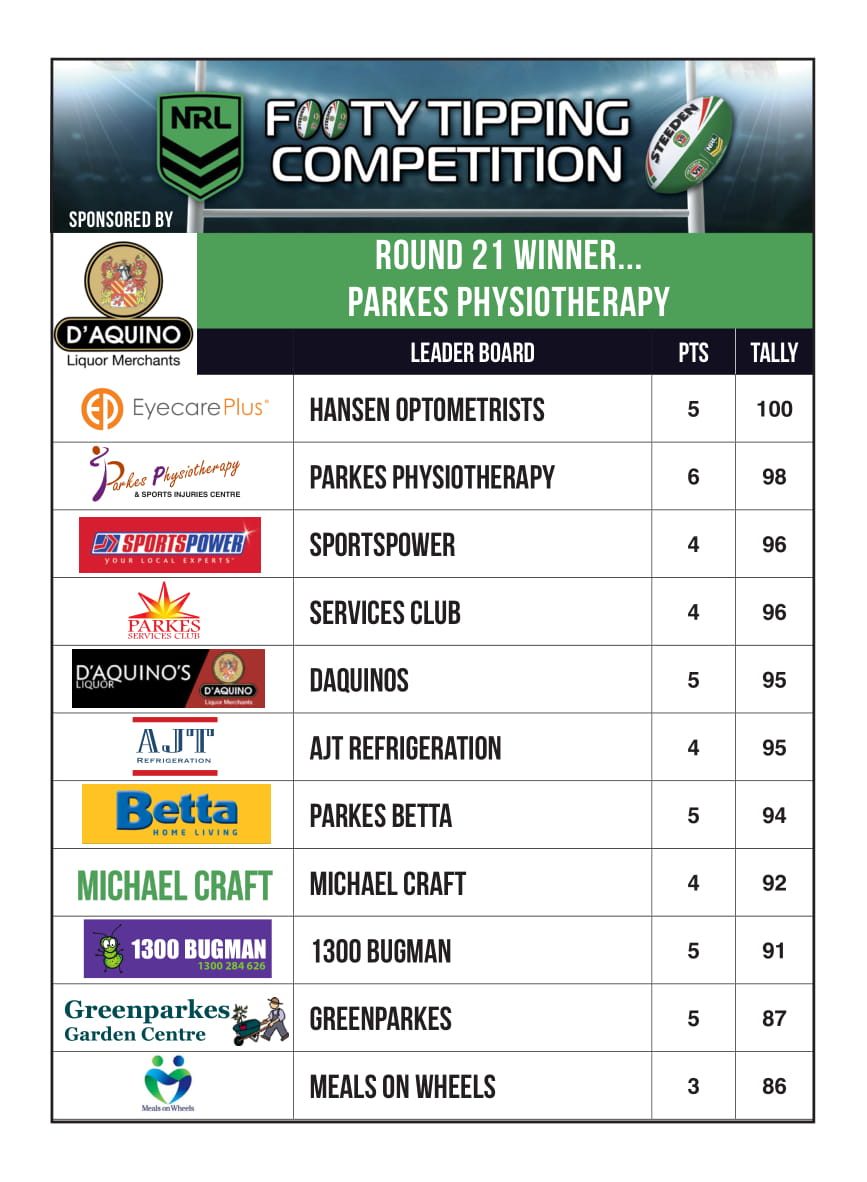 Last Saturday was a very foggy morning with the smallest members of Parkes Netball, the NET division, having their presentation.

The committee hopes you have had a fun year of Netball and can’t wait for you to come back next year.

Saturday also saw the last general rounds of divisions 1 and Go. With some games ending in a draw or forfeit, this has made the points tally mix up a little with some surprising results.

Semi-finals start this weekend with a reminder to respect all players and officials while on and off the courts. Umpires decisions are final.

The final of the Club Championship Triples was played this week with Maureen Miller, Hilda McPherson (sub for Maree Grant) and Pat Cooney taking the title.

They defeated Gwenda Carty, Cherie Frame and Rhona Went in a very close game all the way. The score ended up 18 – 15. A great shot by Pat on the last end took the win away from the runners-up.

Forbes won against Parkes in the Cannon-Merritt Cup and took home the trophy.

Weekend Pennants was won by Forbes with only one point between Forbes and Parkes, a very social time was had by all involved.

The Classic Triples will be on 24 – 25th August and helpers are needed please.

The Taber Shield will be held at Parkes on 19th September.

Divisions 1 and 2 put on a great show last Saturday using all the skills they have learnt over the season to deliver some great scoring games. The final general round will be played this weekend, while the NET girls will have their final session and presentation this week. They had an absolute blast learning new skills, having fun and meeting new friends. Thank you to Natasha Barber for her time every week show these girls how fun netball can be. This competition would not be possible without parent helpers. It is great to see the amount of volunteers who help with coaching/managing, canteen duties, set up and pack up. 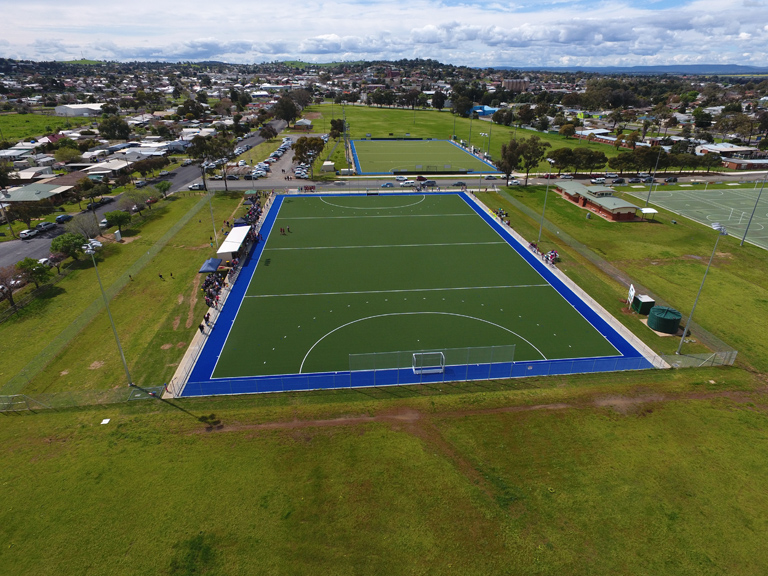 Parkes Hockey is looking for community votes as one of 41 projects in the Orange electorate competing for My Community Projects funds.

My Community Project funds projects in each NSW electorate to help improve the wellbeing of people and communities. Successful projects will be determined through a public vote and the projects that receive the most support will receive funding.

Storage will not only protect and accommodate more equipment to be stored on site, but also provide ample seating and shelter for supporters and families at the precinct.

Why vote for this project?

Get behind Parkes Hockey and go to this website to cast your vote: https://mycommunityproject.service.nsw.gov.au/

The Parkes Boars played the Blayney Rams at home last Saturday. The score ended in a 5-5 draw with Ben Ryan scoring the try for Parkes. Benjamin Rathbone chalked up his 150th game for the Boars!

Winners for the day were Di, June and Cherie, and runners-up were Kay, Frances and Kim. The raffle winner was Lea Orr. Thanks to Lea for the June birthdays’ Pavlova!

To play social bowls ring table selectors Rhona Went and Gwenda Carty 9am to 9:30am.

The next Round to be played on 23 July is Maureen Miller, Maree Grant, Pat Cooney versus Di Howell, Eileen Bradley, Rosemary Mitchell. Gwenda Carty, Cherie Frame, Rhona Went have a bye.

The Cannon-Merritt Trophy will be played at our club against Forbes on 31 July, with the following teams. 1) Lea Orr, Maureen Miller, Merilyn Rodgers; 2) Kay Craft, Heather Harvey, Marja Iffland; 3) Eileen Bradley, Di Howell, Jan McPhee. The Classic Triples will be held on 24-25 August.

A great Trading Table was held with winners in the Raffle being Hilda and Carol.

Parkes Hockey Incorporated hosted the Under 13’s State Championships from Thursday July 11 – Sunday July 14 which welcomed 41 teams and 2,000 people each day from Friday to Sunday.

Thursday afternoon Hockey NSW held 2 goal keeper clinics with 35 keepers turning up to learn some new skills and practice before the big weekend ahead.

A disco was held on the Friday night for all the teams at the Parkes Services Club which was highly successful and attracted 150-200 girls with lots of fun, games and sugar.

Parkes entered 3 amazing teams who played their hearts out Friday, Saturday and Sunday. Parkes 3 played in division 5 and Parkes 2 played in division 4. Despite the sometimes freezing conditions, the girls played to an extremely high-standard.

Parkes 1 played in division 2 and made it all the way to the final but unfortunately went down 1-nil to North Coast on Sunday afternoon.

Huge congratulations to Molly Orr who has been selected into the NSW U13 Girls Squad after her impressive performance!

Well done Molly and good luck for the trials in Port Macquarie in two weeks time.

Congratulations also to all the young girls who have been selected in the Under 13 NSW Girls Squad this year.

The Executive committee would like to extend a massive thanks to Parkes Shire Council, Parkes Services Club, Sandvik, MCA, all of our amazing volunteers, clubs, members and parents who contributed to a highly successful weekend in Parkes.